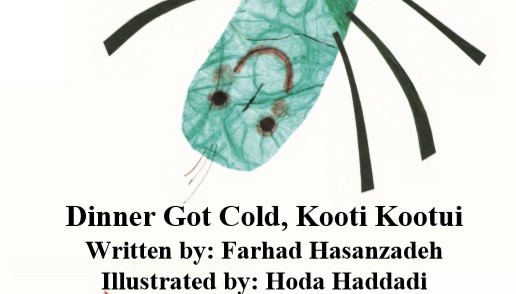 The copyright of Iranian children book ‘A collection of Kouti Kouti Tales’ by ‎Farhad Hassanzadeh has been sold to Syrian Kian ‎Publishing by Tamass Literary ‎Agency in Tehran. ‎
Syrian publisher obtains copyright of Iranian children book ‎
According to IBNA correspondent quoting from Tamass Literary Agency, the Syrian publisher has published and released the book making it available for the Arab readers in several countries.

‎The agreement is a follow-up to the bids made by foreign publishers to obtain the rights of Iranian children books which have been welcomed by foreign readership in recent years.

The readers of the collection are a group in “A” age (five to seven years) that ‎has been published in Persian by Iran’s Center for the Intellectual Development of Children and Young Adults. ‎

Kian ‎Publishing has released 300 titles and has participated in various book fairs in Arabian countries, and ‎is a member of Arab Publishers’ Association.‎

Arab readers who have many cultural and regional commonalities with Iran, have yet to access adequately to Persian books and have been less familiar with the features of the works by Iranian writers and illustrators. ‎

‘A collection of Kouti Kouti Tales’ is centered on the adventures of a centipede. The children book has been illustrated by Hoda Haddadi into blue color and has been one of the most ‎successful works of Iranian children and young adults literature in recent years.‎

‘Diverse Shoes’, ‘Ragged Shoes’, ‘What Pants!’, ‘Taste of Honey’, ‘Rain of Friendship’, and ‘Dinner ‎Cooled, Kouti Kouti’ are some of the stories of this book.

Hassanzadeh was already been introduced by the Children’s Book Council of Iran to International Board on Books for Young People (IBBY) to run for Hans Christian Andersen Award.

Among the other books by Hassanzadeh are: ‘Love and Mirror’, ‘The Moonlight Guest’, ‘An Umbrella with White Butterflies’, ‘This Weblog Will Be Transferred’, ‘The Backyard’, and ‘Kooti Kooti Watch out You Don’t Catch a Cold’.