Tamass is a full-service literary agency dedicated to providing the most positive and profitable publishing experience for our clients, from the Persian and Arab book market to foreign publishing and beyond. Rooted in the tradition of representing writers and other talent in the book trade, the Tamass team is relentless in finding new and diverse ways for our clients to reach wider audiences

It all begins with the book. Whether you are a first time novelist or a veteran author, a comedy writer slugging it out in the trenches, or an established film or television personality, we take your book seriously. We roll up our sleeves and make sure that nothing lands on an editor’s desk that isn’t the best that it can be, and then guide you through the entire process of getting published, in the middle east and abroad

Publishing is a commitment, and nothing is more important than entering into that relationship with the right partners – creative, editorial, and financial. We look for clients who are as passionate about books and the process of being published as we are 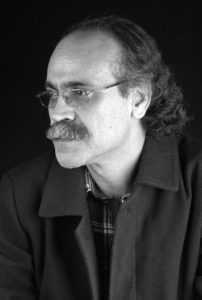 He is a founder of the Iranian Asso­ciation of Writers for Children and Youth and had also been a board member for two terms. Hassanza­deh has pursued writing humor for children and young adults earnestly. However, the strong point of his works are novels like Hasti that have been written for young adults. In these novels, he deals with concepts that are important for teenagers and he has tried to portray their concerns. Due to what he has experienced in his life, war has a pronounced presence in his novels. In his novels, he shows the problems that war can cause for children and young adults, e.g. migration, etc. but does not use a motto-like tone.

Some of the books by this author has been translated into English, Mandarin, Malay, and Kurdish. Far­had Hassanzadeh has been nominated by Iran for the international Astrid Lingren Award 2017 and Hans Christian Andersen Award 2018.

Best Book Award from the Cultural Society of Children’s Publishers*